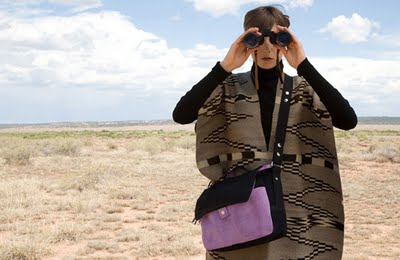 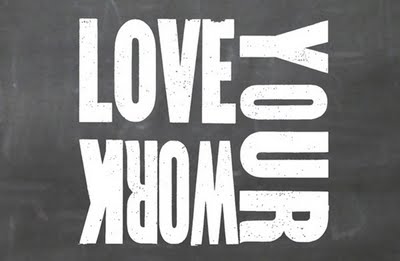 Tell us about the importance of the designer/maker tradition — why producing in the US is so important to you and how you found the craftspeople you work with... Regarding US labor, it's not easy but it's the right thing to do if you can make a go of it — as in, compete in a market largely priced using offshore labor. When you experience, first hand, the work a small business provides to the people in your community, it reinforces these ideals more than anything ever could. I've managed to find people in New Mexico who actually love having their hands on their work. My stitcher crafts each piece from start to finish, which I believe contributes to the great pride and deep sense of satisfaction she feels for her work. We make a point of stopping to admire each completed bag — I feel this admiration, more than anything, makes craftspeople into the people they are.

What inspires you? Until I learned about a school in the Netherlands that describes a phenomenon known as 'smart hands' I really didn't know how to put words to my experience as a designer/maker — my hands actually know what to do once they hit the material. That concept alone drives my obsession to create stuff — a desire that I've had ever since I can remember. Today, I'm inspired by vintage everything, Art in America, black and white photography, Monument Valley and the combination of good materials and craftsmanship is simply irresistible to me.

images from S. Stein.
Posted by emilyn at 10:25 AM No comments:
Labels: craft 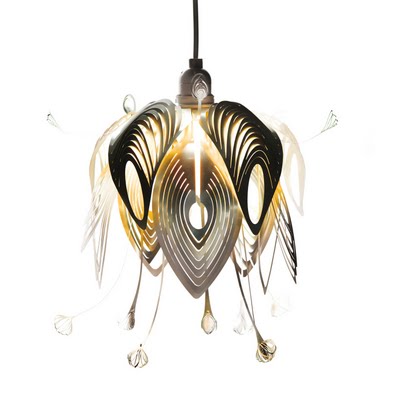 Nadine, the latest laser cut masterpiece from a collection called Future Flora by Tord Boontje. Check out the little video on how it opens up here.

“ Although I started by looking very closely at flowers, it became a project from memory, to imagine shapes which are like flowers but not exactly, a new kind of species – a flower and light hybrid.” — Tord Boontje
Posted by emilyn at 12:03 AM No comments:
Labels: design

bits of the weekend 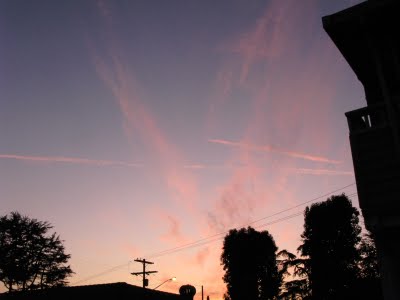 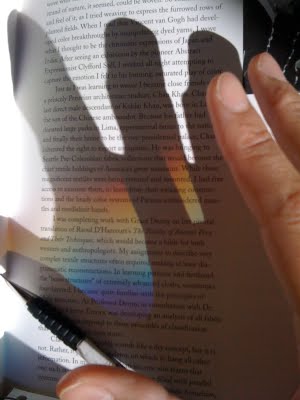 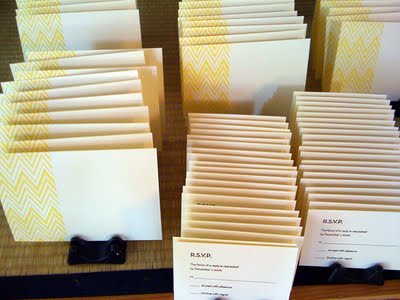 dusk view from my kitchen window; combo of my hand's shadow, my book, an old glass window and a sunny corner of the brand art library; halfway through gocco-ing a wedding invitation...
Posted by emilyn at 12:49 PM No comments:
Labels: LA 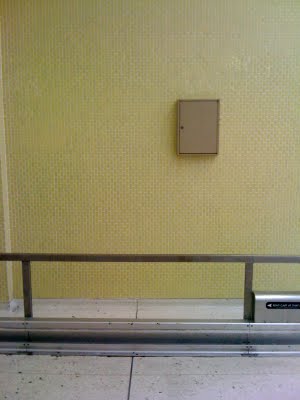 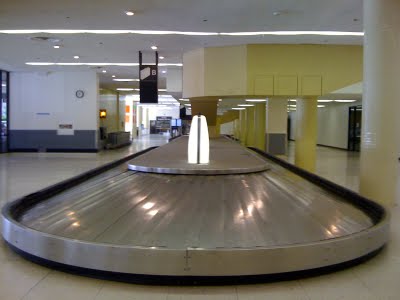 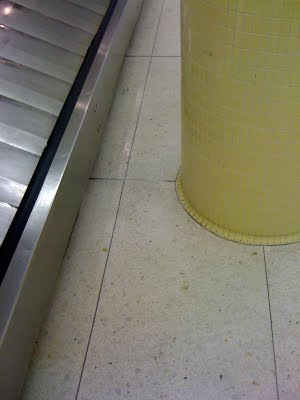 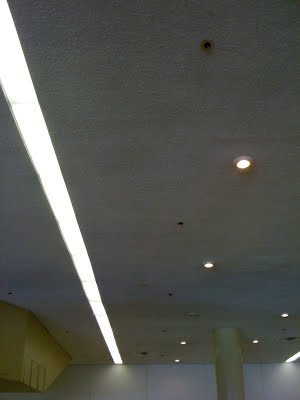 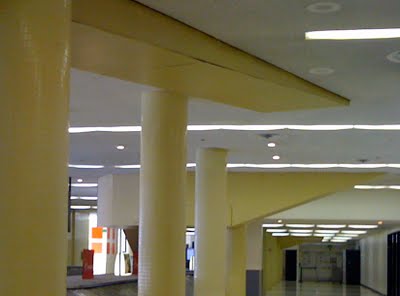 Virgin America has taken over this side of baggage claim at LAX and has already painted red swatches on parts of the tile. This means all this pretty 1960's yellow will soon be gone. Decided to bond with it in the 20 minutes we waited for my brother in law's flight to arrive.
Posted by emilyn at 11:02 AM No comments:
Labels: design 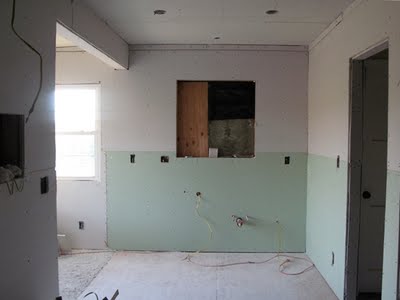 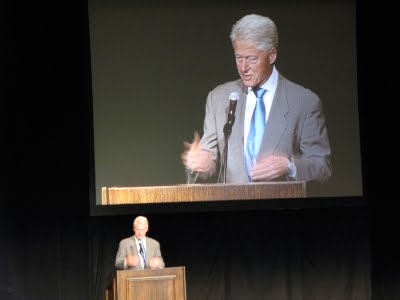 Last night we had the privilege of seeing and older, more relaxed Bill Clinton speak at the Pasadena Civic Auditorium. He is part of a lecture series called Distinguished Speakers. What a great speaker armed with facts, genuinely passionate about his message, and always injecting just the right amount of humor make everyone feel comfortable. Admittedly long winded, he spoke for an hour and a half hardly looking at notes.

He spoke most about helping us create a framework from which to build an opinion about the overwhelming issues we hear about every day. It can also be a framework by which to make decisions about how we choose to live. This framework means understanding three things - that there is a lot of inequality in the world, that the world is interdependent, and the world is unsustainable.

There are people dying from malaria, tuberculosis. 80% of the people that die of these dirty water born diseases are children. This is inequality in an age where our country will hardly see the effects of these diseases. I've heard Bill Gates talk about this in regard to his efforts with his Gates Foundation. There are many countries who's citizens still live on two dollars a day. And regarding health care in our country, we are the only wealthy country who spends 17% of our incomes on health care without being able to insure everyone, most other wealthy nations only spend 10-11%.

We already know that the way we are using our natural resources is unsustainable. But did you know that the world's most energy efficient countries - Denmark, Sweden and Germany - became more prosperous by solving their issues of energy efficiency. Not only did fixing these problems save money and resources, it created more jobs lowering the unemployment rate, something our current president in pushing. The Kyoto Treaty also committed 44 countries to cut emissions to 1990 levels by (I forget what date), but only 4 of these countries will reach that goal.

Bill Clinton is also one of those amazing storytellers who transported us to a conversation he had with a man who survived Rwanda genocide. Of the 300,000 people who were brutally killed within a span of 90 days, 73 of them where part of his family up to first cousins. He talked about the part he played in the release of the journalists imprisoned and released in North Korea, and even showed compassion for Sarah Palin saying that she was placed in an impossible position when she was asked to debate in a national election.

Overall, excellent evening. Not enough young people though... Really felt like we got to know a former president more personally.
Posted by emilyn at 9:44 AM No comments:
Labels: LA
Newer Posts Older Posts Home
Subscribe to: Posts (Atom)